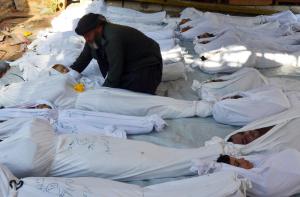 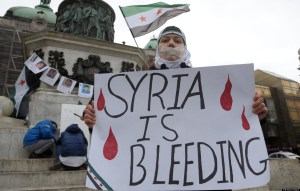 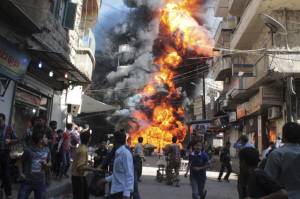 As the conflict with Syria hits its five year mark, we come to ask ourselves how did this begin? Who created this mess? Why are there refugees? Why is this such a major problem in 2015?

It all begin on March, 15 2011, as peaceful protests met the brutality of the Syrian government. What once began as an act of violence by the government, became an act of violence on both sides, as the Syrians gained access to weapons. This then blew up into a civil war. In a period of five years, about 4 million people have fled the country, and over 200,000 were killed. Only about 20% of Syria remains wealthy, while the vast majority at about 80% is trying to hold on to their lives, and survive in times of poverty and depression.

Bloody Friday soon followed a month after, which was a massacre of over 100 protesters against Assad’s dictatorship, to whom he referred to as “terrorists.” This leads to the creation of 20 refugee camps in Turkey, as the Syrians flee the country for the first time since the protests.

In July, Assad decides to take a new course of action, and removes the provincial governor, and “deploys troops.” Upon these actions, hundreds are killed.

In August, the United States, United Kingdom, the EU, and the UN are all fed up with Assad. This needed to end, he needed to step down. Assad was using force against his civilians, thus violating basic human rights.

September comes the great decision to cut contact with Syria. A tactic the EU and the US decide to use is to end oil imports from Syria.

Jumping to November, the Arab League makes the decision to impose sanctions(very important).

In July of 2012, Assad threatens to use chemical weapons on foreign powers if they attack Syria. Another refugee camp is also created at this time, this time in Jordan, holding about 80,000 Syrians.

The next month, Obama claims that if Assad uses these chemical weapons he is threatening, Syria would have “crossed the red line,” to which America could respond to militarily.

In April of 2013, the number of foreign Jihadists grew rapidly, due to the appearance of the Islamic State.

In August 2013, chemical weapons were used against a suburb in Damascus. This was blamed on the Syrian government, to which it responded by stating it was enacted by opposition fighters. However, solid evidence of chemicals within the weapons used conducted by the UN weapon inspectors shows all signs lead to the Syrian government.

September 2013:Moscow proposes Syria signs the Chemical Weapons Convention, in order for chemical weapons to be controlled on an international level. President Barack Obama agrees to this. However, radical Islamic groups reject their authority, and thus continue their fight for the creation of an Islamic state.

By December 2013, approximately 2.3 million Syrian refugees were found in neighboring countries, such as Turkey, Lebanon, Egypt, Iraq, and Jordan.

In September 2014, the US and 5 Arab countries begin their strategic plan of combined air strikes against IS in Syria.

In October, Lebanon decides to close its borders, to stop the influx of Syrian refugees into the country.

By the end of 2014 in December, the most brutal year had ended, with about 76,000 Syrian casualties.

Now we enter the year of 2015. The issue has definitely not gone away. It’s still here, and it remains to be one of the most detrimental issues of the year. Thousands of Syria children, women, and men are shivering in the cold, with insufficient clothing, a lack of food and water, and a lack of happiness.

The US sets precedents. When they decided not to take in any refugees, much of the world didn’t accept refugees.

However, as Merkel agrees to take in Syrian refugees, American has decided to take 10,000 next year. What does this say for us? How will we undergo this process? Where will the refugee camps be? How will the Syrian government respond? When will Assad finally step down?

All these questions must be answered one day. How long will it take? Most likely not one year. Not even two, three, or five years. Getting Assad to step down is one step in the right direction. But creating a much more stable and reliable government in Syria, suppressing radical Jihadist groups, convincing the refugees that they can return to Syria, aiding the Syrian economy, housing refugees, and returning Syria to a stable and acceptable state may take more than ten years. We do not know. We can never know. However, if we want to get closer to finding out, we must aid these refugees, rid Syria of its dictatorship, and present a much more democratic future to the country.