I wrote this for English class but felt the need to post it. This topic means so much to me these days. Women, stay strong and stand up against injustice. This piece was inspired by Jamaica Kincaid’s “Girl”. 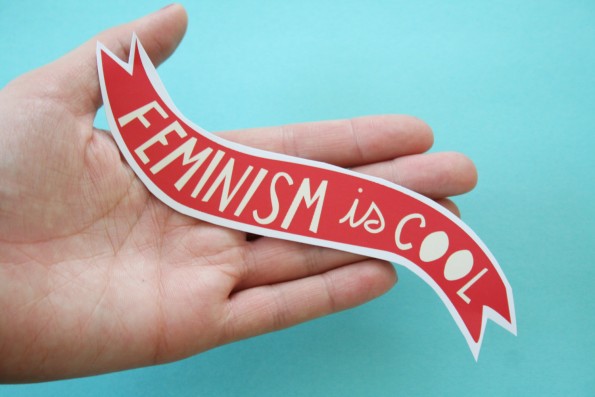 Keep your voice down, don’t speak out too much, it brings too much attention; let him do the talking, he’s better at assessing the public; be more passive, it’s inappropriate to be so assertive; wash the clothes and hang them on the clothesline; make sure the clothes are dry so we can wear them; make sure all the stains are out; I know it’s early but start preparing lunch before the men have to go to work; what’s taking so long, it’s the simplest task a woman can do, hurry so they can go to work; here’s another plate to wash; don’t leave the dishes out for too long, they need to be cleaned; the kitchen is piling up with dishes; he’ll fix the window, don’t touch the glass, he can take care of it; pass him the hammer and don’t hurt yourself; take Billy to the daycare, his hands are tied today; he does so much around the house; don’t wear that it’s too provocative; why so much skin, who are you trying to impress?; don’t act tough, be graceful; stop trying to show your shoulders; don’t dress up so much; he can pick that up, he’s a man after all; the teacher is looking for two strong males, you’re not male, don’t raise your hand, you couldn’t handle the task anyways; you’re not going to be a doctor, you’ll probably be a nurse; you should be a teacher or a guidance counselor; he’s probably going to be a soldier in the army; you can’t join the army you’re a woman, you wouldn’t last out there; it’s normal that you’ll be paid less than him, that’s how it works; this is how you act around the guests; this is how you set the table; this is how you dress around this person; this is how you will present yourself, so that you make a good first impression and not let them see who you truly are; basketball isn’t for girls; football is definitely not for girls; get off of the field you’re making a fool of yourself; he may get far in athletics but I’m not sure about you; it requires a lot of muscle, it’s not a reliable career, don’t subject yourself to that; stop staring at him like that, you’re creeping him out; stop flirting, he would never be interested; the man needs to ask you on a date, don’t make the move, it’s not normal; he cat-called you? That’s normal, don’t make a big scene about it; you’re provoking him on purpose; he only wants you for your body; do what he says, he’s right after all; why didn’t you listen to him?; let him decide this time; he needs to be in charge; why are you being so controlling and demanding?; you won’t make it as a lawyer; a political career isn’t the best route for you; you’re too sensitive, you can’t be a lawyer or a judge; you need to make decisions; he’s the hero; he fixed the situation; you were too weak; is someone bothering you?; let him deal with this person; he can fight; look at how strong he is; this is what you should wear when you meet him; this is how much makeup should wear; this is how you should greet him; this is how you should love a man; this is how you should treat him; you have some bags under your eyes, try hiding them, it’s obvious you didn’t get enough sleep; why aren’t you wearing any makeup; you look different today; close your legs; put one leg over another when you’re sitting, it’s inappropriate to do otherwise; stop trying so hard; you’re not the leader; but what if I want to be a leader?; you mean to say that after all you are really going to be the kind of woman who takes a man’s most vital role?